Indigenous Australians are often credited with being the world’s first astronomers. Observing and interpreting the cosmos is a significant part of most language groups and has been used for navigation, calendars, ceremony, cultural lore, song-lines and art for thousands of years. Indigenous astronomy is an important part of this country’s history and sharing those stories and understandings of the night sky enriches all Australian cultures.

In November 2018, a Lotterywest community grant allowed Perth Observatory to build on its reputation as an iconic venue to celebrate astronomy and its history and to embark on an ambitious collaborative project to focus on indigenous astronomy. The grant included funds for the creation of Worl Wangkiny to celebrate 60,000 years of Noongar celestial storytelling, captured in an artwork painted onto the inner walls of a large part-constructed telescope dome.

The artwork was created by renowned Perth artists Sharyn Egan, Kylie Graham, Peter Farmer Jnr, and James Egan in a project led by Peter Farmer and Miranda Farmer. The artists worked with Follow the Dream students from Governor Stirling Senior High School to paint the artwork and share traditional knowledge.

Guidance and leadership were provided by our elected Advisory Panel, led by Dr Noel Nannup, including caretakers of the land Vivienne and Morton Hansen and Brendan Moore of SWALSC.

During the painting works, the Advisory Panel shared traditional stories behind the artwork with the students. Special guests were also invited to attend the painting works, including Artist Roma Winmar and Walter and Meg McGuire of Go Cultural, who shared sky stories, displayed cultural artefacts, and painted students in traditional ochre.

The brick pathway leading to Worl Wangkiny was designed by Peter Farmer and symbolises a track leading to the moon and stars. This pathway was funded by local community group Rotary Kalamunda, who also provided funds for the accompanying dark-sky approved lighting for safe access at night. Their young professionals’ organisation, Kalamunda Rotaract, also volunteered their time to provide other supporting works including cleaning and priming the dome in preparation for painting.

The entire project has been filmed, including time-lapse astrophotography shot by Dr John Goldsmith of Celestial Visions. This footage has been incorporated in a short film produced by local filmmakers Edwin Sitt and Zal Kanga-Parabia to document the project and share the sky stories with the world.

The Opening Address at the Ceremonial Opening of Worl Wangkiny on Saturday, 7th March 2020 was delivered by the Federal Minister for Indigenous Australians, Ken Wyatt. Those who attended the opening included representatives from cultural, community, heritage, science and tourism organisations.

We are grateful to our sponsors Lotterywest and Rotary Kalamunda for making this unique collaborative project possible, and Perth Picker Hire and Crisp Landscapes and Maintenance for their generous donations of equipment and services. The Ceremonial Opening of Worl Wangkiny on Saturday 7th March was supported by the City of Kalamunda and the Perth Airport Corporation.

The Centre is now open and our visitors can take a guided tour with our partners Koya Aboriginal Corporation through ANTZ Aboriginal Nature TrekZ. 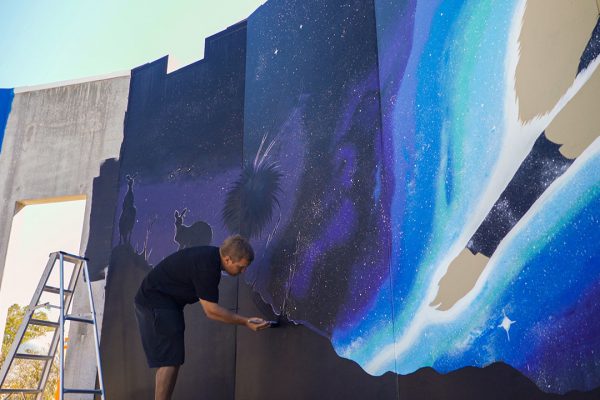 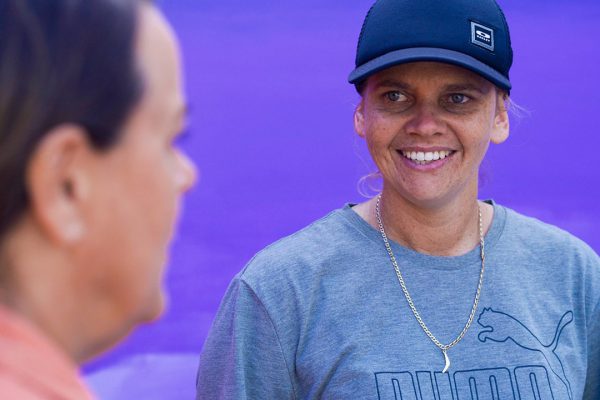 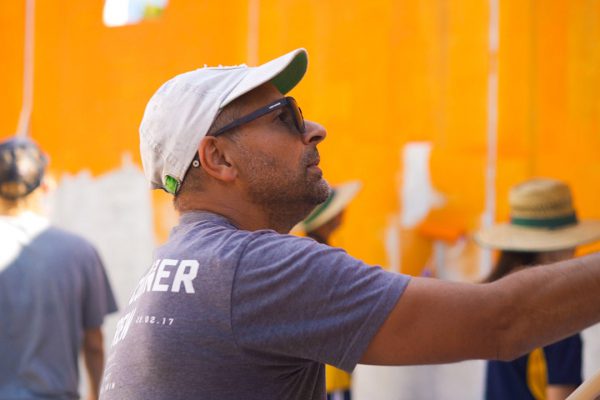 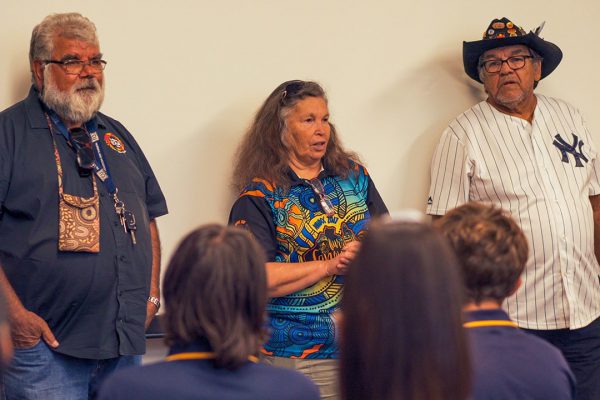 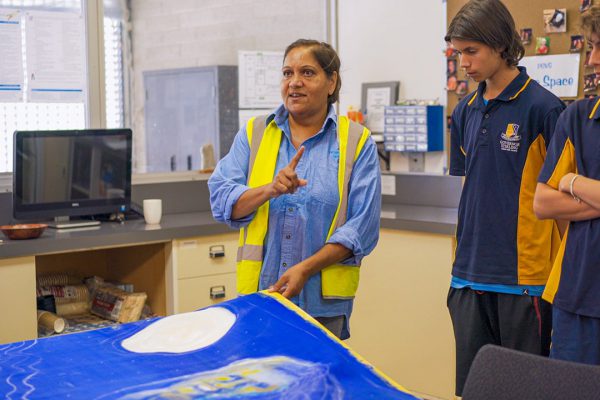 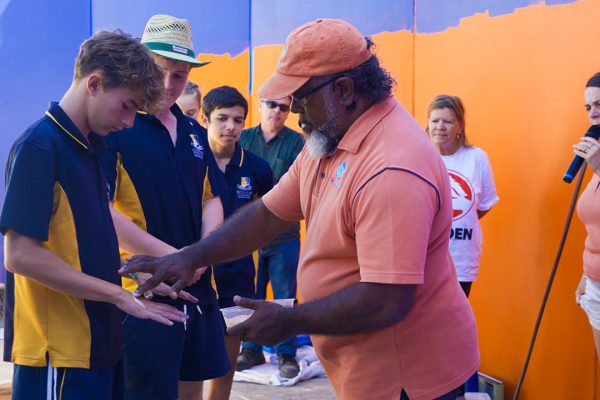 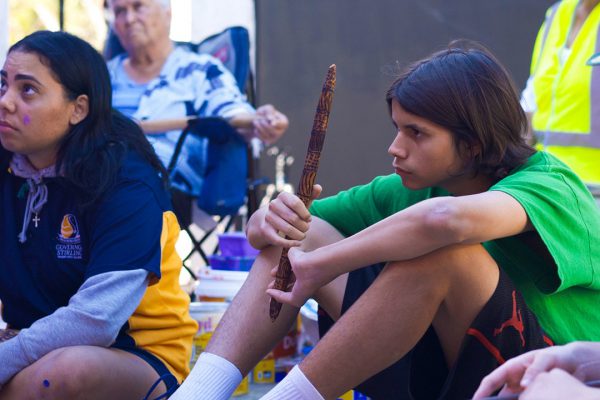 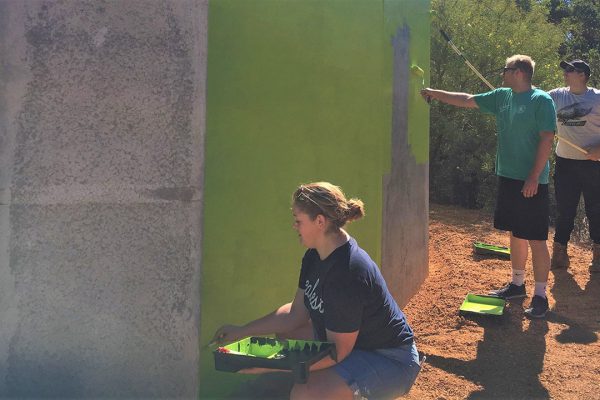 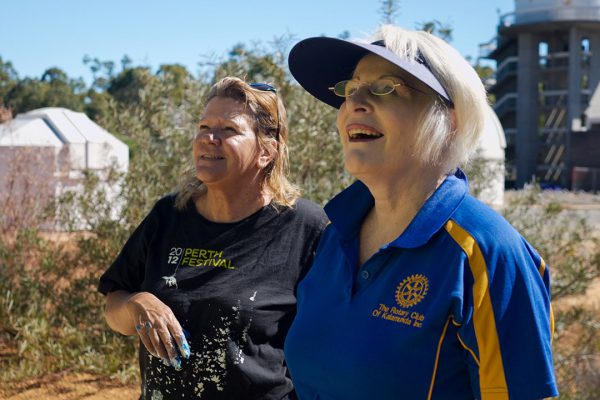 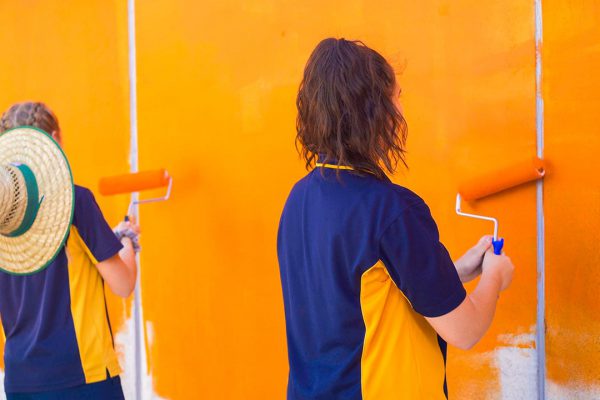 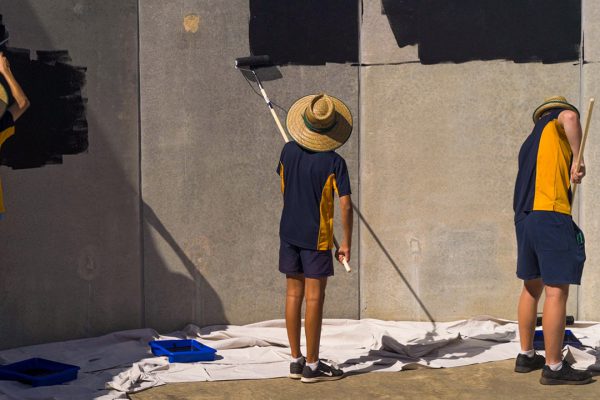 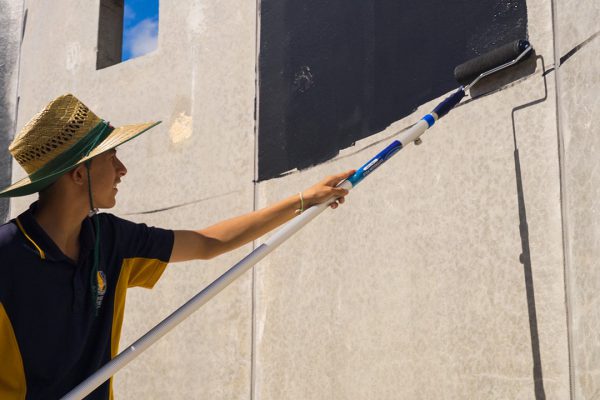 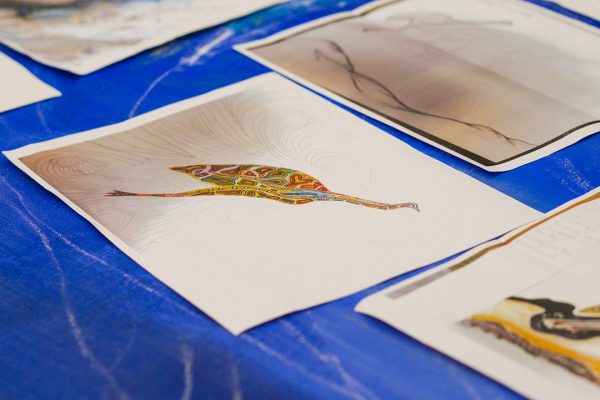 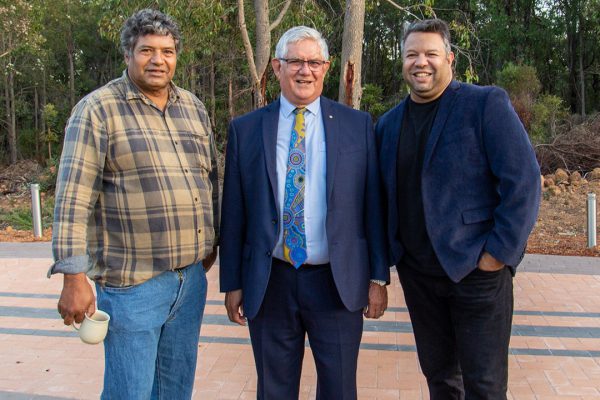 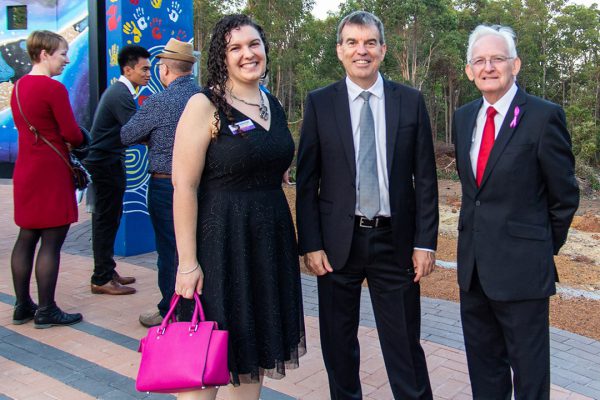 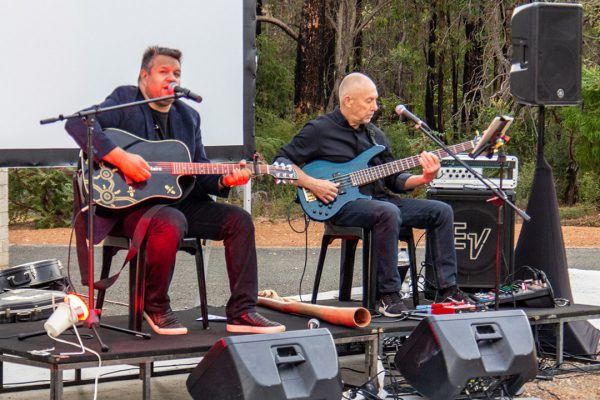 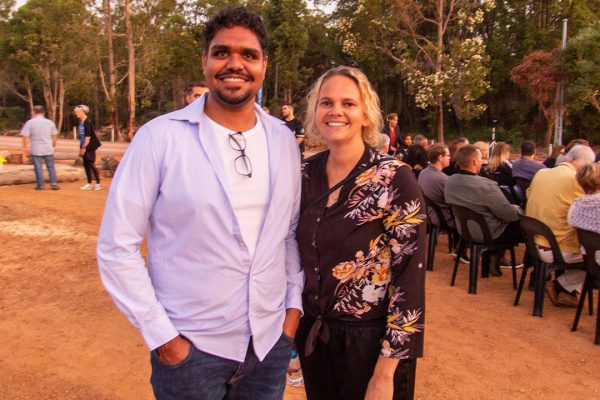 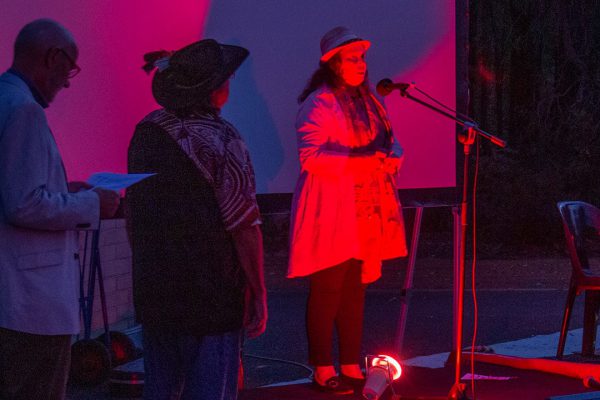 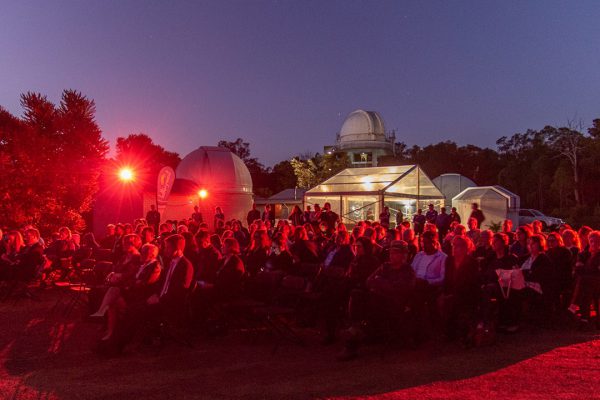 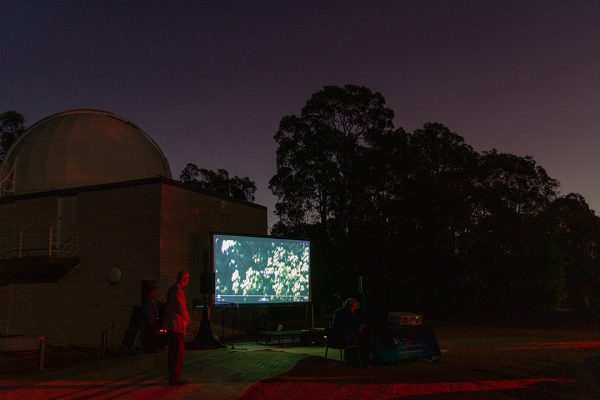 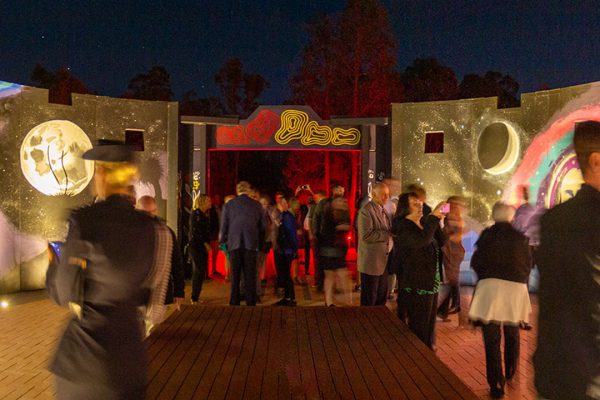 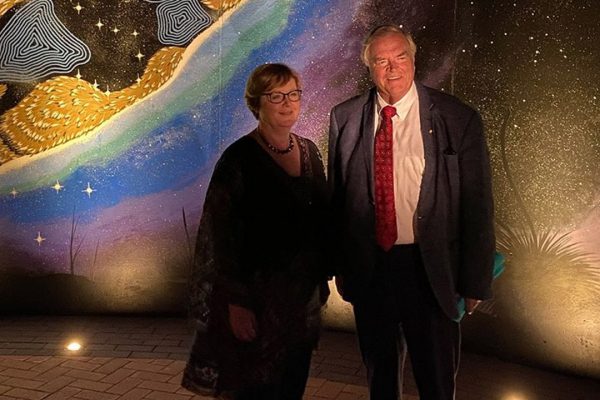 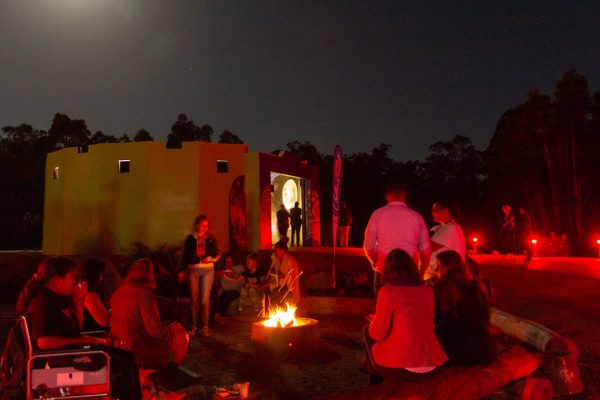 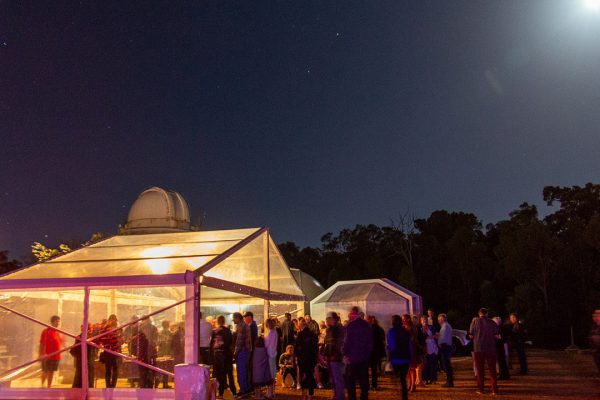 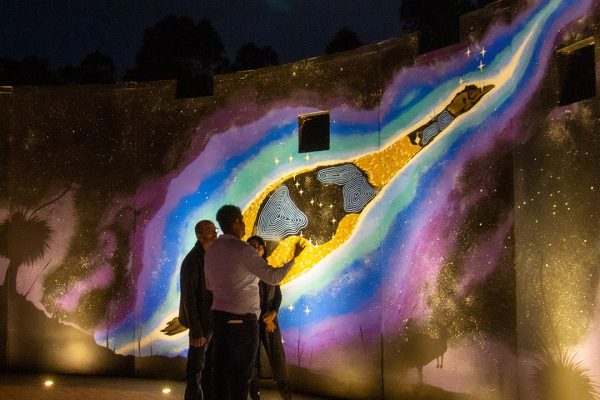 Selected quotes from our Advisory Panel whilst talking to the students on the first day of the project:

My footsteps follow in the footsteps of the ancestors, and they guide me and they allow me to walk on this country and honour them. And as youngsters with this responsibility, from where I’m at, you’re most important in this room. Because you are the future and if we are fair dinkum about our future what we need to do is to impart the knowledge that we have received from our Elders, who received it from their Elders, so, therefore, it is your birthright for us to give you the knowledge that you will receive during this project. So think about that, take it on board, soak it up. You’ve got an important job.

And I’d like to congratulate Perth Observatory, for making this possible… When we talked about the possibilities that existed and guided you to talk to the right people. And always remember youngsters, that this is guided by a spirit, the spirit of this place, and don’t be afraid. You’ll make mistakes. There is not one person in this room that hasn’t made a mistake that they regret. So, think about it.

We’ll get this done, and I think it will just go a long, long way, to make you and I prouder people, as we walk on this land with our ancestors and honour them, and I really look forward to what it is that the artists have come up with. That’s their role, they’re artists. And they’ll be guided spiritually, I have no doubt at all, and I have seen some of the wonderful work that they have done, and guess what, they’re passing their knowledge on about art to young people, and you come in as another generation below that. So it’s awesome to be here and I feel right at home.

As a Noongar woman, I am really proud and happy that we are on the land of the Whadjuk People, Noongar boodjar, and that its good that we can talk to you guys and you listen to us, and we’ll listen to you, and we’ll all have a good talk together…. It’s been very exciting to be a part of this project which I think is a first and so looking forward to that, and all the stories we learnt growing up, about the stars, the Moon, the Sun, it’s all coming together in this wonderful project, and for you guys to be involved is tremendous, I’m looking forward to today. Thank you.

Thank you for allowing us to be part of this day here and I’d like to thank Perth Observatory very much for having us up here. What we have here is a project that is probably better late than never, OK… it’s better late than never. When we were going to school, we never learnt the Aboriginal way of things. We learnt more about England and the United States of America than I did about my own country… so the people up here at the Observatory, I would like to thank you very much for allowing us to be a part of this project that’s happening now, whilst we are around, so thank you.

A long long time ago, Noongar people looked towards the Moon and the stars… When you live in the city you don’t see the stars. When you go out to the bush, there is no TV, if you’re camping that is, and all you can do is look up to the stars… These stories haven’t been told, they are just starting to be told. And we’re in a state where settlement began in 1829 and here we are in 2019… before the story gets told.

So, I’m learning as a younger Noongar. The other day I heard a story of the fire, and how the fire was put out with the help of the Moon, which created the waves…

So these stories that the Elders have, you’ll remember these for the rest of your life. So, thanks very much Perth Observatory for kicking this along, and Miranda (Farmer).

#Perth #WA it's a bit windy but we've been getting some good views of the alignment of the #Moon, #Venus, #Jupiter… http://t.co/y1BXZg4VVF
1 hour 4 mins

#Perth #WA tonight, you'll be able to see the Moon, Venus, Jupiter and Saturn in alignment in the evening sky. It's… http://t.co/02jNmyv3Fz
10 hours 11 mins